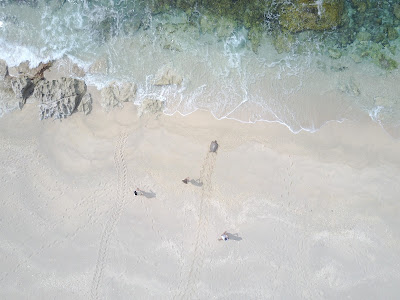 As the 2018-2019 turtles nesting season almost comes to an end, with the peak of the season long gone and hatching season also over. We have done a preliminary analysis of collected data to see how productive the season has been. In terms of encountered turtles, there were 49 encounters this year compared to 26 in the previous season 2017-2018, noting that several times these were the same turtles encountered. Moreover, far more tracks and nests have been recorded for both Hawksbill and Green turtles:
Hawksbill turtle emergences: 283
Hawksbill turtle nests: 147
Green turtle emergences: 15
Green turtle nests: 8 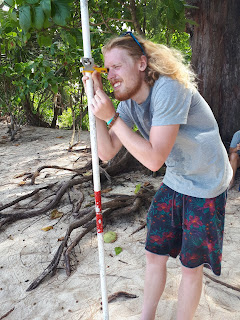 My name is Rupert Stacy and I am a master’s student on the IMBRSea program, focusing on management of marine biological resources. I came to Seychelles to work with the MCSS and gain valuable insight into how their project on temporal protected areas is implemented. The idea of temporal protected areas is an interesting one. Having management plans for threatened species at vulnerable life stages is critical for conservation efforts. Thus, identifying how the project has collected, analysed and reported on seasonal habitat use of species, in this case marine turtles, I thought would be a very useful set of transferable skills that I might be able to use later in my own career.
Posted by MCSS at 1:38 AM No comments: