In March, long after the weekly monitoring had been discontinued by MCSS at the “end” of the 2009-10 Hawksbill Nesting Season, a turtle decided to emerge on Anse Marie Louise in front of Chalet No. 2. The sighting was reported to Brigitte Howarth, manager of Chalets d' Anse Forbans, who was on hand to ensure that the turtle was not disturbed by the many clients who were eager to photograph their first encounter with a nesting turtle.
As Elke was on the other side of the island, the turtle could not be marker tagged but as she has a distinctive scar, she is easily recognisable. In fact, according to Brigitte’s grandmother, the turtle had been seen nesting on the same beach some 6-7 years ago. Just to be on the safe side though, clients were instructed to take numerous profile shots which will be processed and added to the turtle photo-ID database. 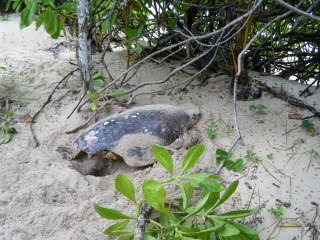 Hawksbill turtle with distinctive scar bite mark nesting on Anse Marie Louise, Photo Chalet D’Anse Forbans.
The following day, Elke was on site to mark the nest and thus the long wait for the hatchlings to emergence began. 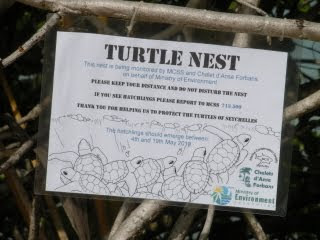 New nest markers designed by Elke in 2010 for sensitive nests, Photo Chalet D’Anse Forbans.
As the due date approached, there was concern for the turtle eggs as recent heavy rainfall and extreme high tides could significantly increase mortality rates within the nest. If the egg chamber remained waterlogged because of poorly drained soil, the embryos would suffocate or drown and the added moisture could encourage bacteria or fungal growth. This being the last nest of a rather poor nesting season, it was decided that the nest would be dug up and if necessary, the eggs incubated artificially to maximise the survival rate.
On the 5th May, Elke was on site to excavate the eggs which were due to hatch between the 4th and 19th May. Much to everyone’s surprise and delight the hatchling were resting some 10cm below the sand surface and, after being woken up by Elke, needed little encouragement to make the final trek to the sea.
Brigitte had rounded up her clients for the released and an impromptu turtle awareness talk given by Elke. By the time hatchling No. 159 made it to the sea, there were at least 20 very happy people on the beach, including a local building contractor who had come to see Brigitte for some work and had never seen a turtle in his life! 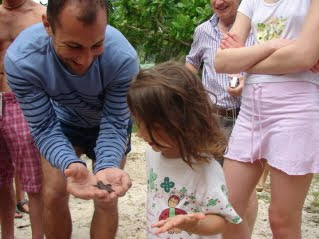 If the species is to survive, people need to be able to appreciate the wonder of nature, Photo Chalet D’Anse Forbans.
With 5 dead embryos in the nest, Elke was even able to get a DNA sample for Ifremer.
MCSS has been working closely with Chalets d' Anse Forbans in the South of Mahé since 2004 and over the years has received logistical and financial assistance for the MCSS Turtle Monitoring and Conservation Programme. While there may not be many nesting turtles on this beach, there are enough to keep the clients of Chalets coming back every year so they can finally see for themselves the one that got away. On-going rehabilitation work at the Chalets is also helping to provide suitable nesting sites for turtles on a beach that is severely affected by erosion. 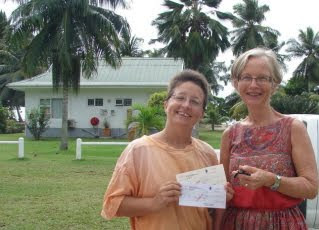 Ms Daphné Jumeau of Chalets d' Anse Forbans (right) presenting MCSS with a cheque to help towards their ongoing work in the conservation of turtles in the Seychelles, Photo Chalet D’Anse Forbans.
NOTE: MCSS does not make it standard practice to dig up turtle nests, however, in special cases hatchling provide the perfect backdrop to turtle awareness talks for both residents and visitors, re-enforcing the need to protect these amazing animals.
Posted by The Marine Conservation Society, Seychelles at 5:46 AM No comments:

Nesting turtles emerge from the sea each season to lay their eggs on a suitable beach. After laying, they use light reflected off of the water to find their way back to the ocean. Sixty days later, when the hatchlings emerge from the nest, they too use the reflected light to find their way to the ocean for the first time.
As we develop coastal communities, building beach houses, shopping centres and high rise hotels and apartment buildings, we are splashing more light onto these nesting beaches. Unfortunately the lights are coming from the wrong direction and can cause turtles to become disorientated. Often they will end up on a road, in a pool, an easy snack for land-based predators such as dogs, or simply get lost and bake in the morning sun. 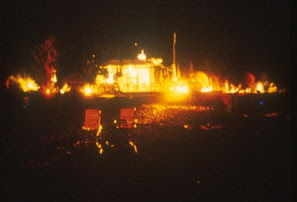 For this reason, many coastal communities have "lights out" regulations during turtle nesting season. These regulations often require home and business owners to take modest steps to install turtle-friendly lights, draw curtains, or turn lights out after dark.
MCSS developed lighting guidelines for Seychelles with funding from the British High Commission, but unfortunately these are not always being implemented by tourism establishments or residents. 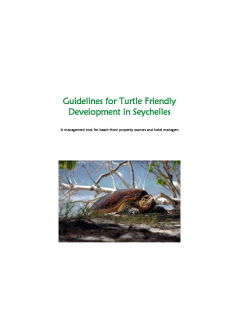 For a copy of the MCSS Turtle Friendly Developers Guide, please contact us.
Posted by The Marine Conservation Society, Seychelles at 2:31 AM 1 comment:

Special issue of the Indian Ocean Turtle Newsletter out now

The Indian Ocean Turtle Newsletter (IOTN) provides a forum for the exchange of information on sea turtle biology and conservation, management and education and awareness activities in the Indian subcontinent, Indian Ocean region, and south/southeast Asia. The newsletter also intends to cover related aspects such as coastal zone management, fisheries and marine biology. 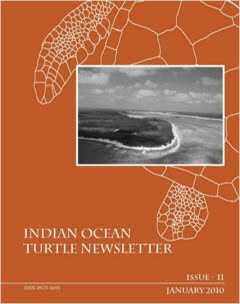 IOTN is distributed free of cost to a network of government and non-government organisations and individuals in the region. All articles are also freely available in PDF and HTML formats on the website. Readers can submit names and addresses of individuals, NGOs, research institutions, schools and colleges, etc for inclusion in the mailing list.

To date, 11 issues have been produced with the latest issue being dedicated to turtle projects in the Western Indian Ocean and features 10 articles, 2 project profiles and 1 announcement.

In support of the regional turtle conservation effort, MCSS contributed to an article on the newly developed photo-ID technique developed by Kelonia Marine Turtle Observatory and one project profile to raise awareness about the MCSS monitoring effort in Seychelles.

To download a digital copy, please visit: http://www.seaturtle.org/iotn/index.html
Posted by The Marine Conservation Society, Seychelles at 10:09 PM No comments: