Hello dear Fans of the turtle we are the new intern turtle monitoring team with a French style for a new nesting season!

We are the new volunteers to study the turtle with MCSS until February. Every day with Vanessa, we patrol on South Mahe Island beaches to find tracks and if we are lucky encounter turtle or hatching babies.

This year MCSS decided to intensify the patrol to fight against the turtle poachers. Indeed, eating turtle is an old Christmas tradition for the Seychellois....... one tradition that MCSS is working hard to eliminate due to the continued decrease in turtle population.

Yesterday we were patrolling at Anse Cachée when we bumped into a laying Hawksbill turtle. While Anaïs was monitoring her, Vanessa and Hubert had been warned by the care taker of the property that there was a turtle in distress in the bushes. Running to rescue the poor animal, they found her turned upside down under a pile of coconut palm leaves. It is a method used by the poacher to avoid the turtle to escape when they wanted to kill her later and stay out of the people’s view. 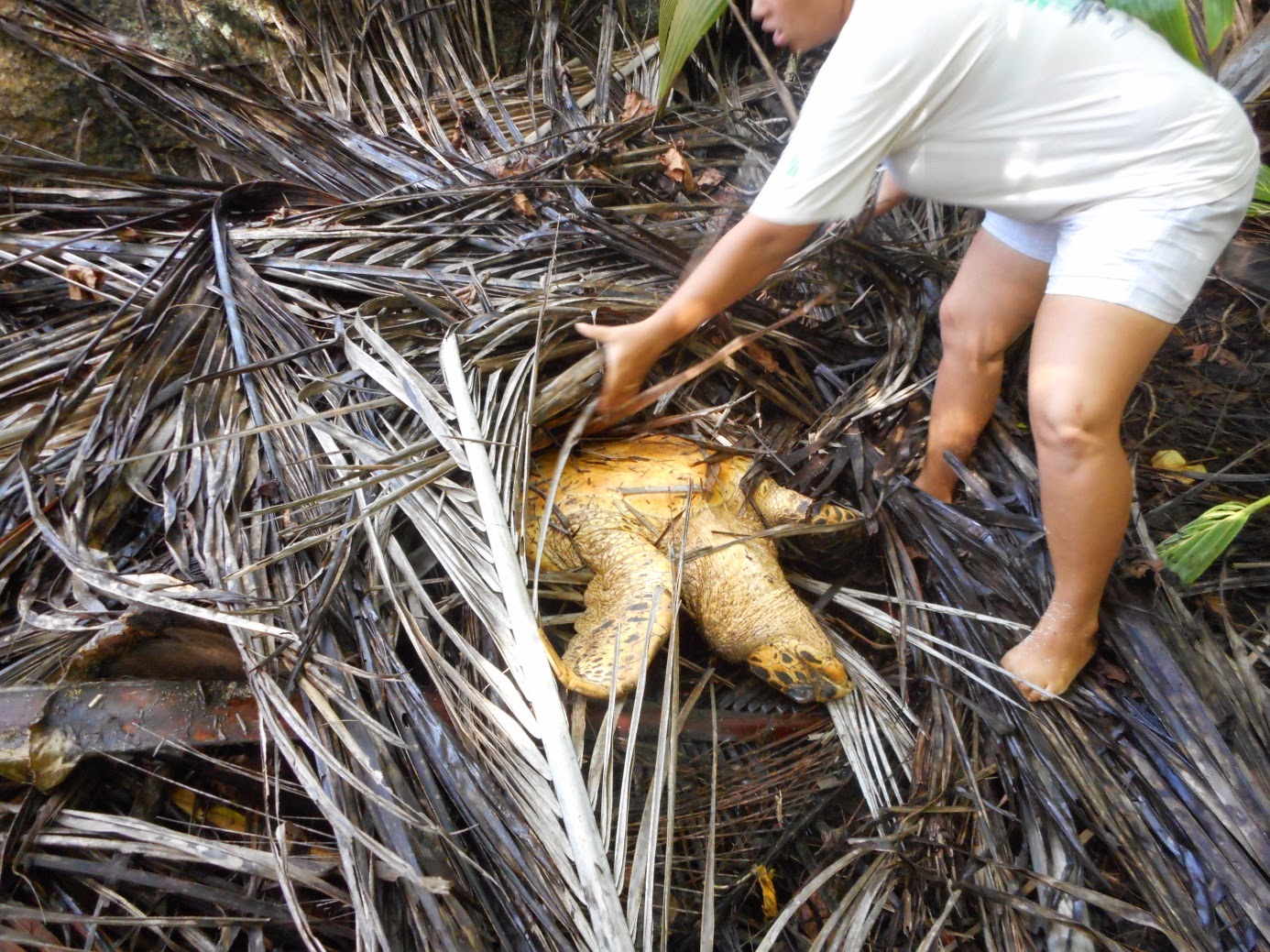 The turtle turned upside down under the palm leaves
The turtle was so weak, the team had to turn her over and carry her close to the beach. In the action, we saw a solid string attached to her back flipper. According to the tracks on the beach, we then understood the poachers had dragged her from the beach to the bushes by using the string.


We dropped off the turtle next to the water and let her find the liberty again. We were all pleased to see the turtle swimming and really happy to have rescued her. 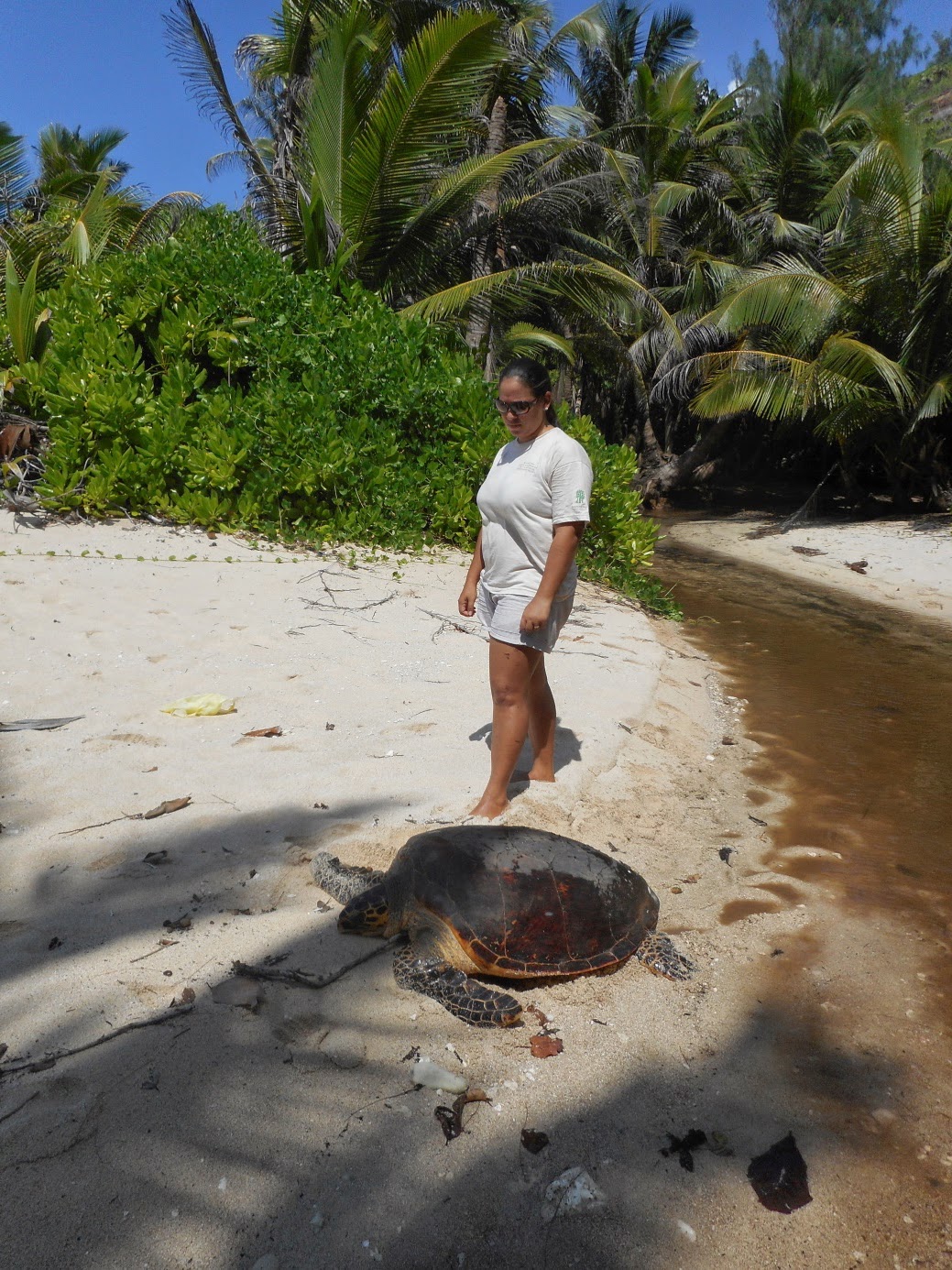 Finally free!
It is not sure she will come back to lay on this beach again due to the amount of stress she has encountered on this trial …

Fortunately, it is the second time we rescued a turtle and hopefully, MCSS can count on people such as beach police and any friends of the turtles out there to keep an extra eye on the turtles during the nesting season and inform us on any harm brought to the turtles so that the situation can be dealt with promptly. 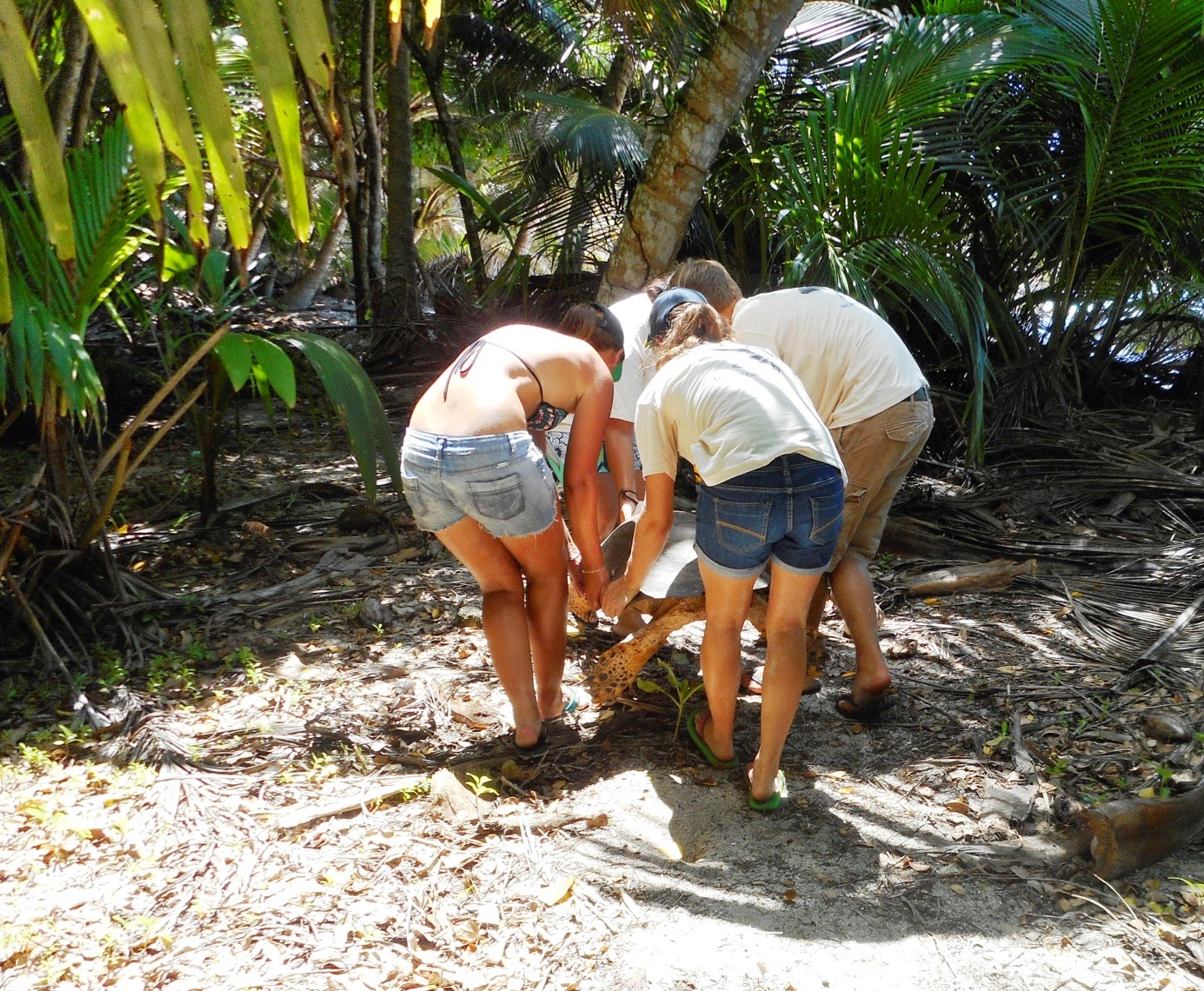 See you later for new adventure !

Posted by The Marine Conservation Society, Seychelles at 11:42 PM No comments:

Another season filled with much excitement, enthusiasm but some heartbreaking moments as well. Tracks, nests and encounters....... these are all I have in mind whenever we are going out for the turtle walks! ....... This is every day except for the weekends. The numbers of patrols have increased as we have now included Tuesdays and Thursdays for anti – poaching patrols. This was decided a must after recording such a significant number of poaching incidents in the South of the island.

So much happening in so little time...... one day we save a turtle which was left upside down by poachers for later collection..... but we got there first......... 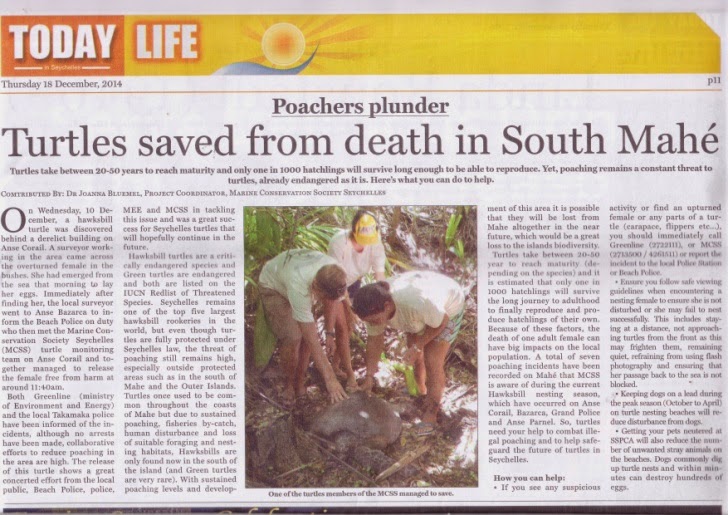 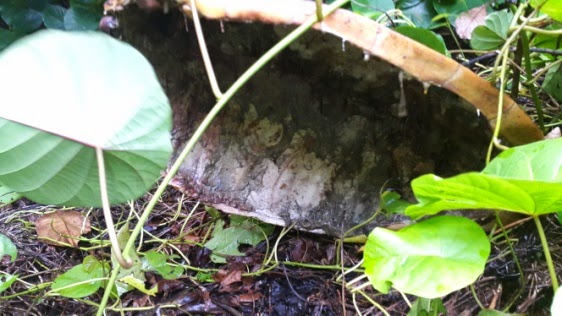 Too late this time......poachers win again! 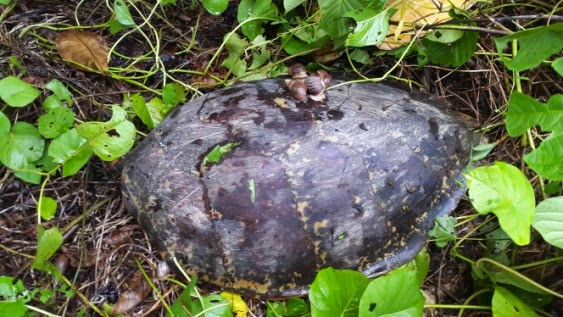 We have had some really great moments as well, the little ones are coming out and you can imagine our excitement especially while finding this........   A little loner while digging up a nest for the egg clutch survival data....fortunately it was still full of life and managed to make it’s imprints on the beach before successfully entering the sea. 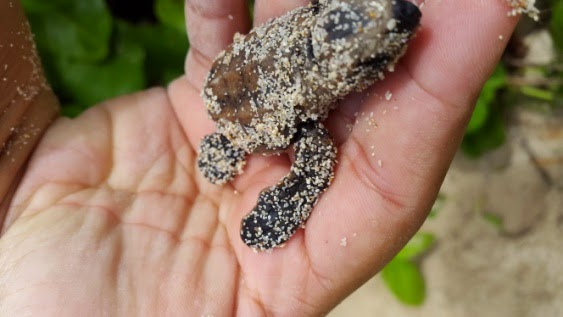 
Posted by The Marine Conservation Society, Seychelles at 10:38 PM No comments: