MCSS Research Officer, Elke Talma was recently joined on a turtle patrol by a Dutch film crew who were in Seychelles to make a travel documentary on Seychelles as an eco destination. The crew consisted of Mrs. Floortje Dessing (presenter), Mr. Edwin Schipper (director) and Mr. Bas Bakker (cameraman), who were travelling from the city of Amsterdam to the isolated sub-Antarctic island Amsterdam. During this long and adventurous journey Floortje will travel over land and over sea and every week ‘3 op reis’ (translated as ‘Channel 3 travels’) shows a new part of her trip, which includes visits to Turkey, Syria, Israel, Saudi-Arabia, Yemen, Ethiopia, Kenya, Seychelles and Mauritius.

In Seychelles, one of the themes was turtle conservation, with the Floortje participating in a turtle patrol with MCSS. Before setting off on the hour long drive, the team had been warned that while it was the beginning of the turtle nesting season, they should not get their hopes too high and expect to see a turtle during the 3 hour time period scheduled for the MCSS portion of the travel documentary – tracks, on the other hand, they would get plenty off! 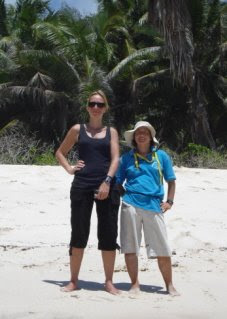 Elke and Floortje on a turtle nesting beach, photo Edwin Schipper
Having arrived on the beach, Elke and Floortje walked along the beach searching for turtle tracks while doing an informal interview, often repeating things so Bas could get various angles on film. There were 2 tracks on the first beach but no turtles, so they moved on to the next beach – again no turtles! The crew feeling a little parched in the hot tropical sun had sent their driver from the Seychelles Tourism Board off to the shops to get some drinks. On his return, he rushed over with some good news – a turtle was spotted on the first beach! The team was able to spend over an hour with a nesting turtle which had been tagged in 2004 on a neighbouring beach. 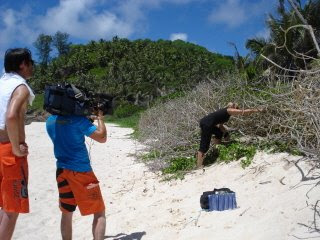 Floortje trying to get a better look at the nesting turtle, photo Elke Talma
Posted by The Marine Conservation Society, Seychelles at 7:50 AM No comments: 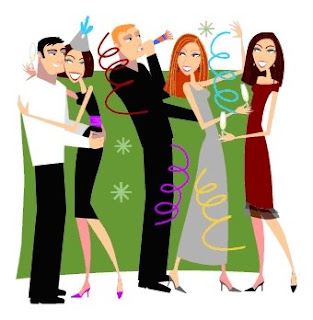 For the those of you who may regularly log onto the MCSS turtle blog, you may have noticed a decided lack off activity on the site during January. While Elke continued to write blogs, David was in Djibouti chasing whale sharks and with no internet access, he was unable to post any of Elke’s blogs for the period he was away..... but will make up for it now!


Our apologies.
Posted by The Marine Conservation Society, Seychelles at 7:44 AM No comments: